Technical experts in the standardisation of leather gathered in Milan

Leather technical experts gathered in Milan to attend the meeting of the CEN/TC 289 Technical Committee for Standardisation, and to deal with different issues related to standards applied to chemical, physical and fastness tests, as well as leather goods’ terminology and labelling.

More than 35 experts from different EU countries such as Germany, United Kingdom, Italy, France, Portugal and Spain were brought together in Milan for three days, representing companies, technological centres and standardisation entities. The point was to work on aspects of leather that affect chemical, physical and fastness tests, as well as leather goods’ terminology and technical specifications.

In that regard, during the meeting, the working group for chemical tests tackled the proposal of a new standard for the determination of formaldehyde. It is worth recalling that leathers tanned with certain types of tanning agents may produce false formaldehyde positive results due to the hydrolysation of the tanning agent while testing. Given this situation, experts suggest a revision of the standard based on the cosmetics testing method, as well as a correction that allows repeating the test with less time is proposed. Furthermore, it has been decided to continue working together with the Footwear and Textile Technical Committees to establish a list of PFOS (Perfluorooctane sulphonates) present in leather and consumer goods. Regarding physical tests, it was agreed to undertake a study to reduce vapour permeability testing time, for which INESCOP will be in charge of conducting the tests. Water vapour permeability is one of the essential tests in footwear thermal comfort. In this line, a reduction of the testing time will allow laboratories to reduce substantially the response time to their clients. 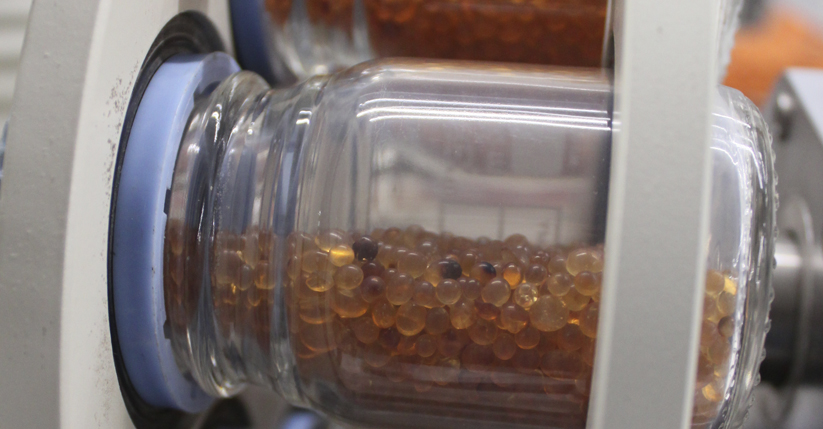 In respect of fastness tests, the measurement of the surface area of leather remains the main issue. In this sense, the Italian Leather Research Institute (SSIP) presented the partial results of the comparative study -yet to be concluded- of different optoelectronic measuring devices. 45 European laboratories -among which INESCOP is included- have participated in that study.

Finally, the terminology group worked on the revision of the requirements included in the standards for furniture, upholstery and automotive leather. Moreover, this group is going to start preparing a document on leather goods labelling, at the request of several renowned brands, who allege the existence of a legal vacuum with respect to the labelling of leather goods at a European level. Furthermore, a revision of the term ‘fur’ is suggested, so that it only refers to the fur of exotic animals, such as minks or foxes, and does not include the skins of common animals, such as sheep and rabbits, that also have hair on them.