INESCOP to showcase the new release of Icad3D+ at SIMAC 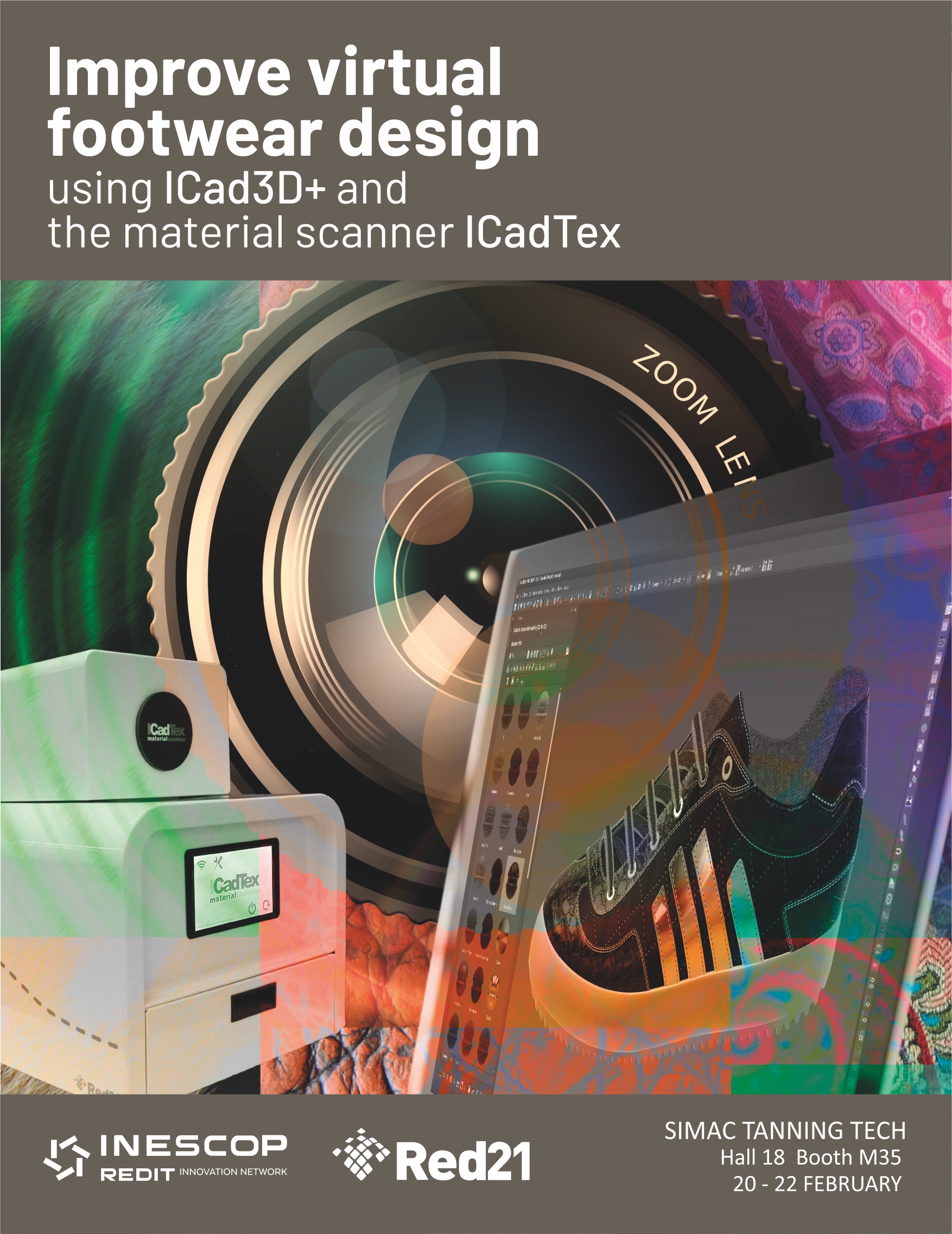 INESCOP is to showcase at Simac Tanning Tech its new release of Icad3D+ v2019 software, a footwear design system that allows the designer to work in a more dynamic way in that a realistic, real-time display of the 3D model is obtained without the need of a previous rendering process.

INESCOP will be present at Simac Tanning Tech, the largest international event for footwear technologies to be held in Milan (Italy) from 20th to 22nd February, with its new release of Icad3D+ v2019 software. At first sight, the most significant upgrade has to do with the working environment, which now changes to a dark background. This way, the user will perceive a total renovation right from the start, both in terms of colours and icons. “We wanted the system to have a more innovative look, in line with its superb quality, while enhancing user friendliness, since the dark background improves the designer experience in a more harmonised and visually nicer environment”, explained Miguel Davia, INESCOP’s Head of CAD systems.

However, even though the most striking upgrade is the user interface, which changes from lighter to darker colours, this is not the only new feature of Icad3D+ v2019. In spite of the fact that INESCOP’s footwear design system allows the development of the technical design and visualisation of a highly realistic virtual model by means of static rendering, footwear companies are demanding for more dynamism in real time, which is not possible with current rendering tools.

Hence INESCOP has incorporated in this new release a visualisation system based on PBR (Physically Based Rendering) materials that provides extra, dynamic and real-time realism, which is one of the basic needs of designers’ work to shorten design time and help in decision making.

From physical to digital in record time

To complement this new working environment, INESCOP has developed IcadTex, a new material scanner that allows the creation of digital materials right from physical ones to be directly implemented in the design process with Icad3D+ in a completely integrated, streamlined and flexible way.

This device has been conceived to work in a totally wireless mode via WiFi so that it can be operated by the different designers working in a product development office, right from their desktop computers where footwear models are being designed.